Whilst visiting and spending time with Heather in Florida and Boston we took some lovely walks together in Cape Coral and visited both Boston and Martha’s Vineyard.  Cape Coral in South West Florida is Sub-Tropical; one trail we liked in particular was the Datsun Trail in Charlotte County, amongst the Pines and various Palms were a few varieties of Oak tree, such as The Live Oak, Quercus virginiana, The Laural Oak, Q. laurifolia and the Sand Live Oak, Q. geminata.  With these various Oaks there were a number of mycorrhizal fungi associating with them.  One of our visits to the trail just happened to coincide with recent floodwaters having just receded, a good moment for fruitbodies to appear.  A subsequent visit to the temperate climate of Canton, Boston and to Martha’s Vineyard, and Cape Cod, also revealed some interesting and nice larger fungi. 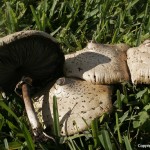 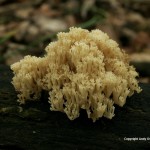 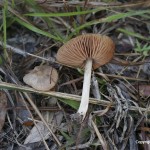 Entoloma sp. Among the Live Oaks. 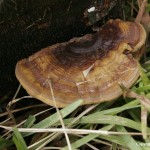 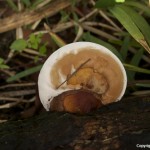 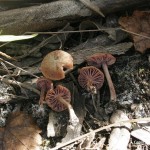 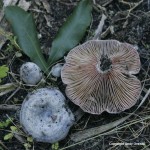 Lactarius paradoxus – Associating with either Slash Pine or one of the evergreen Oaks in the vicinity. A beautiful species, with a poorly understood distribution. Easily confused with similarly coloured Lactarius indigo 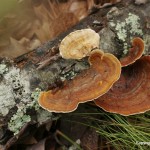 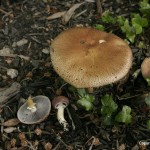 Stropharia rugosoaanulata – Found on a mulched flower bed on drive back through Cape Cod to Canton, Boston