It was late May 2012 when Heather and I were married and we decided to spend our honeymoon on the island of Madeira.  So, it wasn’t my mission or intention even, to seek out fungi on our honeymoon, however one species in particular presented itself, that just couldn’t be ignored, Laurobasidium lauri  more commonly known as Madre de louro, Mother of Laurel.  We encountered this strange looking fungus in the Levadas of Madeira; these are pathways that follow mini-canals in the mountains some 1,862ft above sea level.  Like ghostly, straggly manes, the fungus would be hanging from the trunks and branches of native Laurel trees that make up the rare and ancient Laurel Forests known as the Laurisilva. We took the 11KM walk from Ribeiro Frio to Portela. 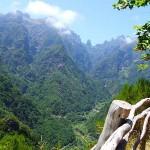 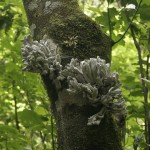 The indigenous, Madre de louro – ‘Mother of Laurel’ Parasitic on old Laurel trees throughout the Canary Islands and Madeira, elsewhere it is unknown. This fungus is also believed to hold medicinal properties. 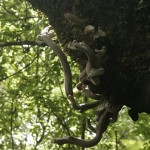 Mother of Laurel – Appropriately growing on old Laurel Trees. Due to the rarity of Laurel Forests and this fungus being strictly associated with old Laurel trees (at present), this fungus is therefore a rarity itself. 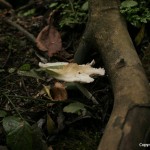 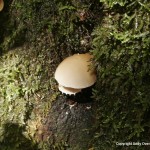 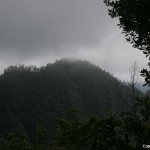